This was the ideal way to save energy 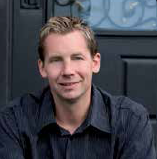 In 2012 Carl De Schepper and his family moved to an old mansion in Antwerp. The initial renovation budget was rather limited, so there was no room for “extra luxuries” such as a home automation system..

After living in their new home for a year, they received their energy consumption bill. Although they had done some renovations here and there, the bill was a lot more than it had been in their previous home. After much research and some calculations, it turned out that, given their energy consumption, a home automation system would be a profitable investment. They have not regretted their decision.

The ideal solution to save energy

To install a home automation system in an existing house Carl can list a number of reasons why a home automation system is the ideal, clever and easy solution to monitor your energy consumption, while saving money at the same time. For example, the heating was regularly on when it was not needed. Or they had forgotten to switch off the upstairs light, only to discover this hours later.

Also, the old mansion has a great many light switches. It was apparent that locating the correct light switch to turn on or off in order to create the right atmosphere, was a problem. Thanks to their home automation system, they can now switch any lights on or off, quickly and effortlessly, from their chair or anywhere else.

It was important to the De Schepper family that no building work would be required. After all, their home had only recently been renovated. This allowed them to eliminate a large number of systems straight away. The second stumbling block concerned the installers. Not every installer was familiar with all the systems and their respective capabilities. And their third requirement was that the system had to be user friendly.

It did not take long for them to opt for ONE Smart Control. Since the various system components communicate with each other over the existing electrical circuit, there was no need for any building work. They immediately found this a huge benefit.

They left the initial programming work to the installer. But, according to Carl, setting new parameters is so easy, it is child’s play. Moreover, they can use it to control the entire house, from room to room. Leaving the light switched on in the attic is no longer a problem.

The De Schepper family unreservedly recommend the integration of home automation in your own home. According to their own estimates, they save as much as 10 to 15% on their energy bills and their living comfort has increased significantly in the past year.